HETHERSETT HAWKS / YELLOW BRICK MORTGAGES welcomed a big crowd to the Memorial Playing Field when they staged a special tournament to remember a person who had such an influence on the sport locally, nationally and internationally and who sadly passed away in 2020 – the Rod Witham Memorial Fours.

The first Semi-Final set the tone for the day after the Ipswich B team was transformed into what was essentially their A team due to start time availability of riders. This meant three strong teams chasing two Final places and Hethersett left to battle for scraps of seconds and thirds.  Scores were close at the interval but Suffolk side Gt. Blakenham won five of the next six races to ease into the Final.  Ipswich and Horspath (Oxfordshire) were battling for second place. An exclusion in heat 13 cost Ipswich and Horspath did all that was necessary to retain their advantage.

The second Semi-Final was an easy victory for Birmingham with Chris Timms and Paul Heard unbeaten but the battle for second was well contested with Paddy Wenn, wearing a former Galley Puraes shirt displaying Rod Witham’s name, just the difference between Norwch and Ipswich A with Birmingham B having Connor Steel’s win from grid 4 in heat 5 as their highlight.

Next up was the Consolation Final and it was no surprise to see narrow Semi-Final losers Ipswich B take this by storm dropping just three points and with  three riders unbeaten.  Hethersett salvaged some home pride by taking second place, Leigh Cossey’s win in heat 14 getting one of the loudest cheers of the day.  “Super Vet” Glyn Morgan weighed in with a solid 11 points being probably the only rider in the field to have raced against Rod Witham. James Porter was Ipswich A’s only winner while Birmingham B battled really hard for little reward.  The winners trophies were presented to Ipswich B by Rod’s brother Mel.

After a minute’s silence in memory of Rod and the National Anthem to acknowledge the Queen’s Jubilee it was down to some furious and robust racing in the Grand Final.  No quarter was given and the crowd were immersed in some amazing racing, the likes of which had not been seen at the Hawks track for mamy a year.  Throw in the odd controversy and it was the ideal entertainment mix. Great Blakenham set the early pace but by half-time Birmingham were two up over their two closest rivals.  Their four grid one starts produced 15 points and the other teams were then left with much to do in the last four heats.  Birmingham set about a damage limitation exercise which was enough to secure the victory by two points over Great Blakenham who finished with four wins.

Rod’s widow Karen was on hand to present trophies to all the finalists, sponsored by Yellow Brick Mortgages, and afterwards thanked the Hethersett Club for a fitting tribute to Rod.

Referees on the day were Shaun Dyball and David Ewbank. 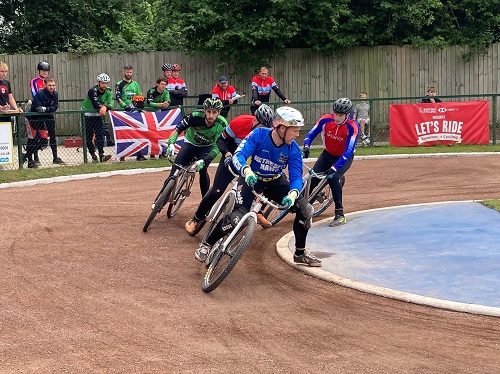 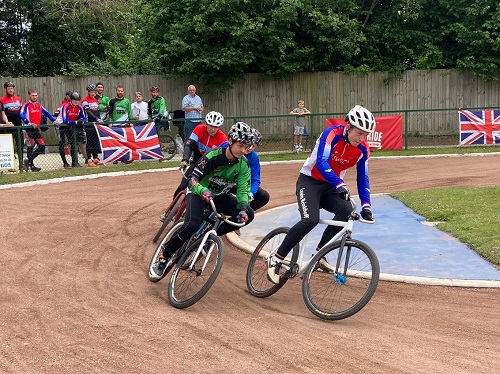 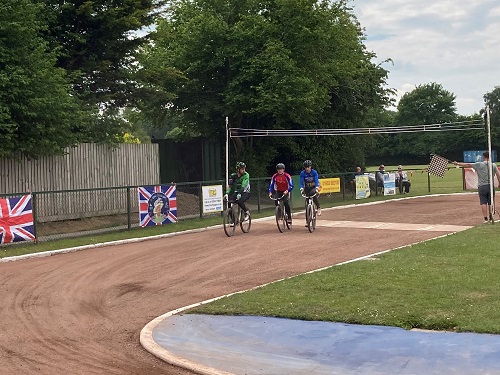 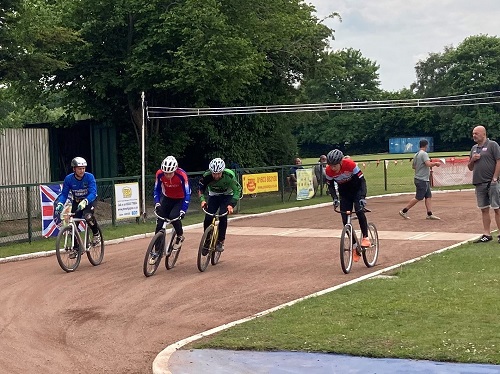 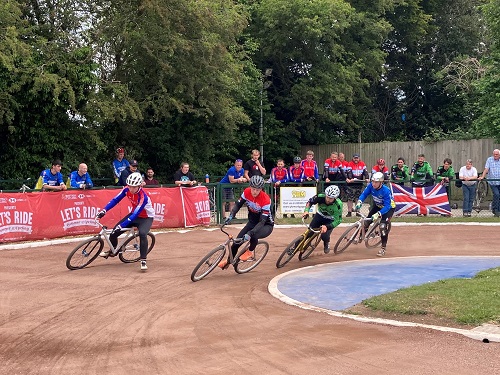 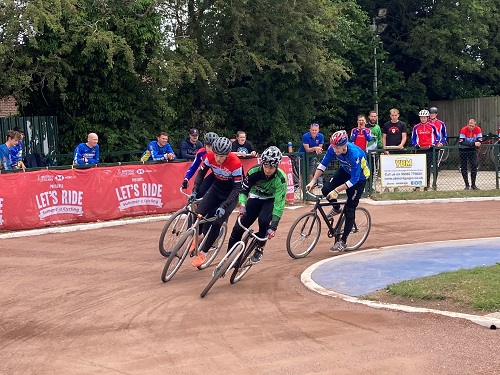 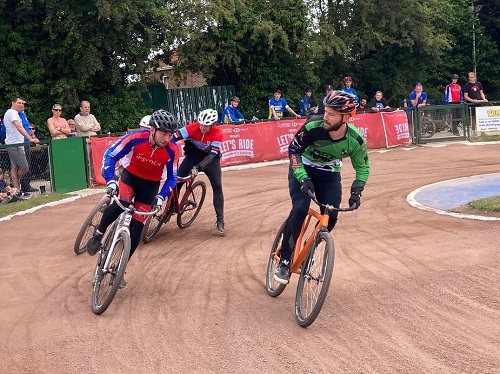 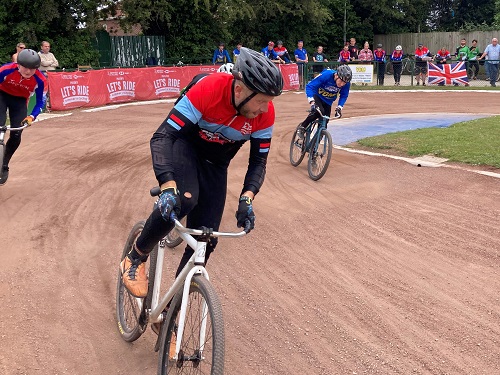 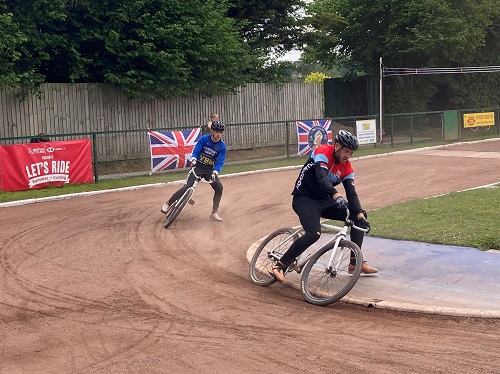 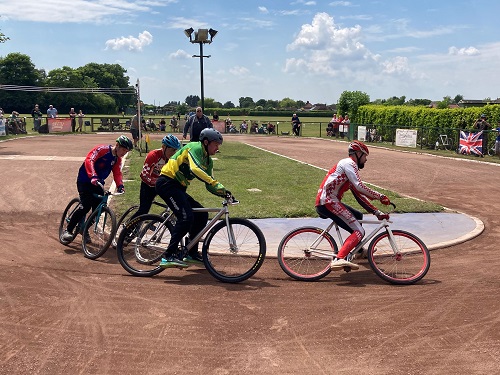 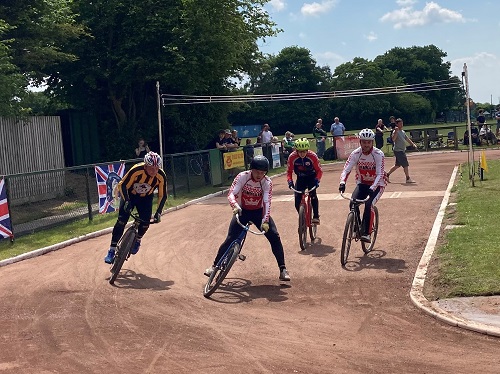 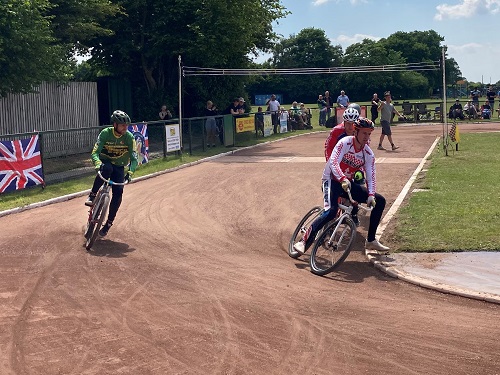 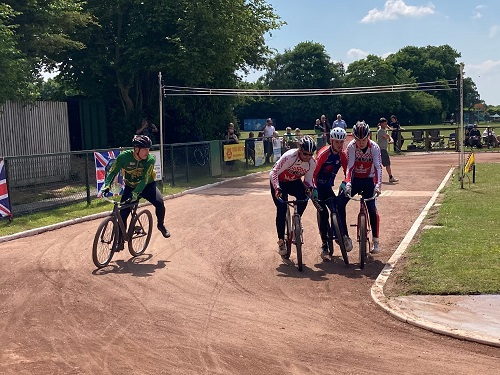 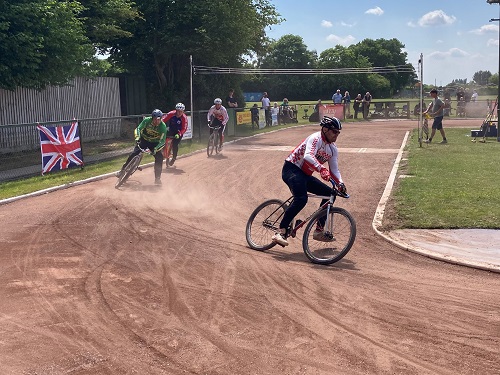 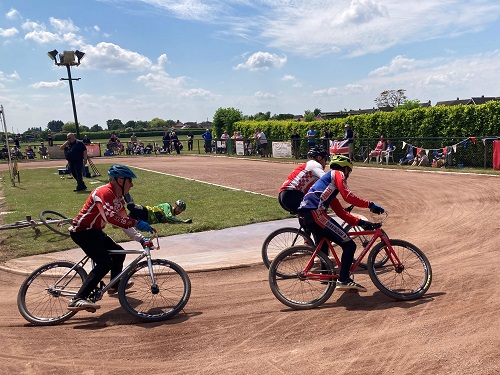 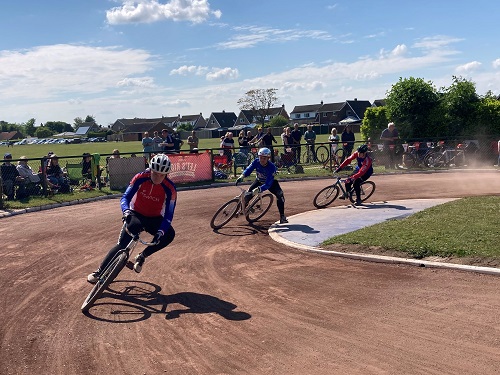 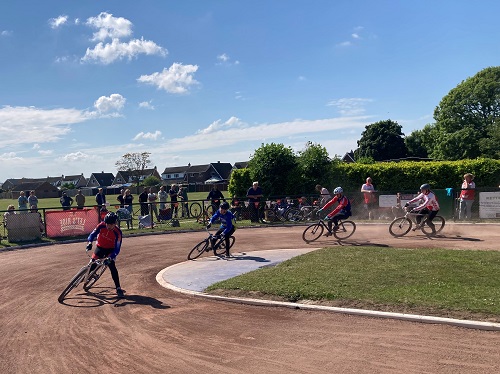 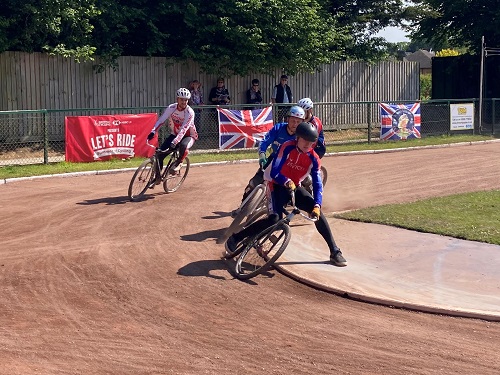 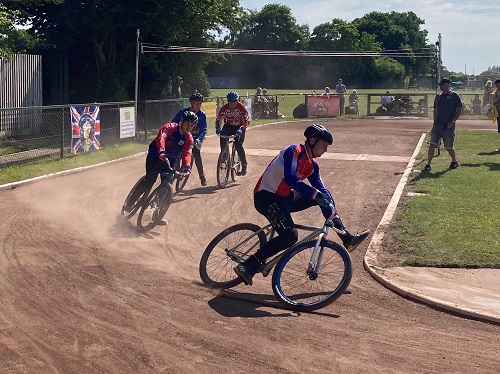 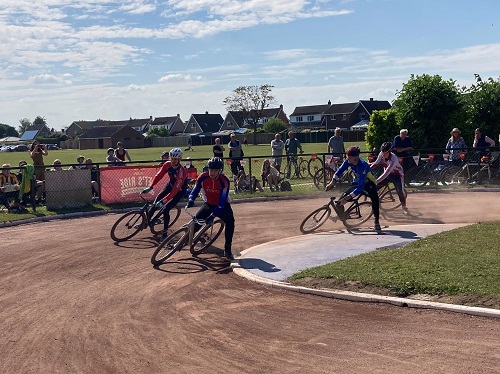 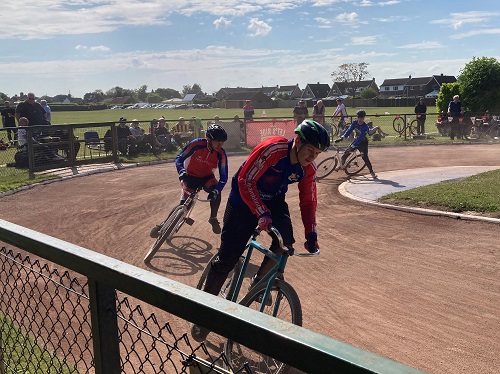 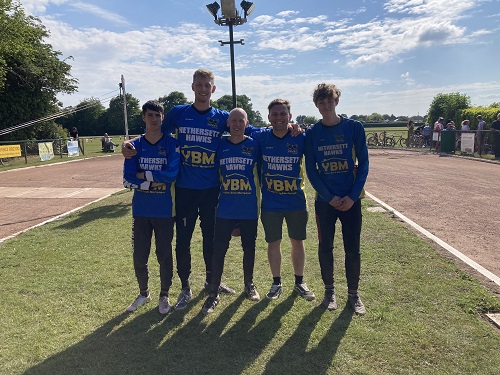 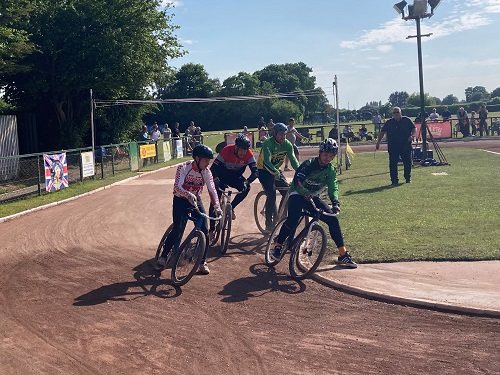 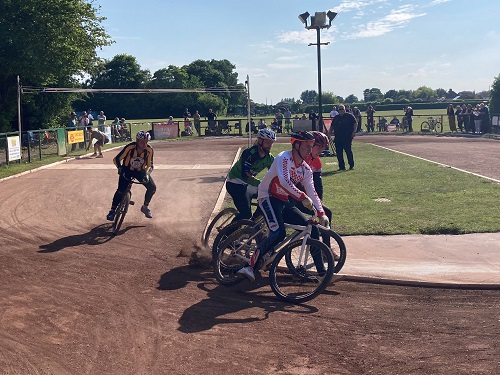 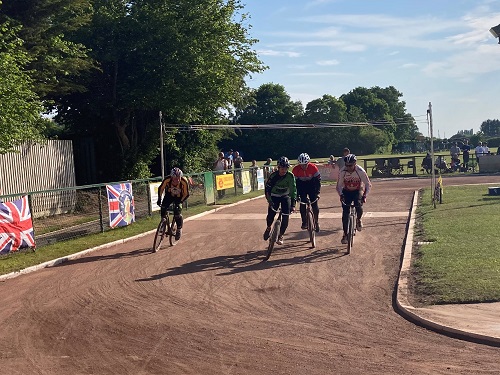 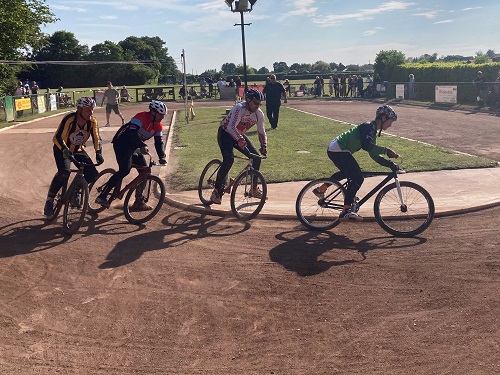 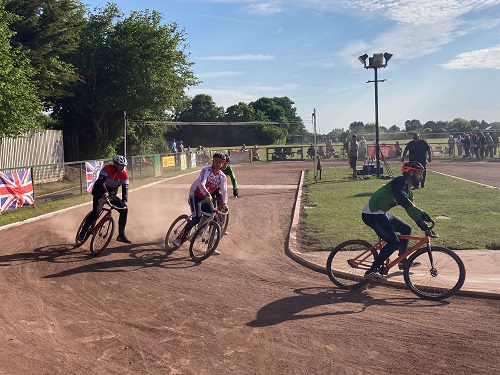 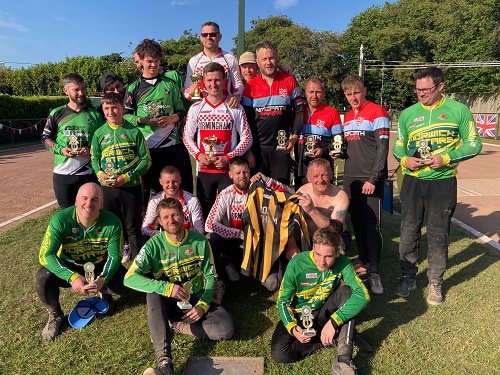 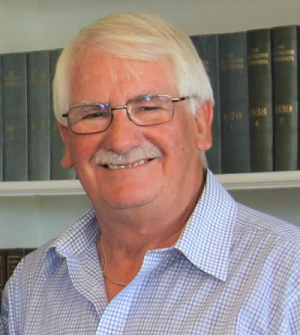