HETHERSETT HAWKS / YELLOW BRICK MORTGAGES had a very busy and successful weekend. It included getting their first League wins of the season!

Sunday saw the Hawks travel to Great Blakenham for South East League matches.  The Division 2 team was weakened by holidays and work commitments but put on an excellent show to record their first win of the season.  Mason Martin was outstanding scoring a maximum while Glyn Morgan, a week after extending his lead in the Eurovets Over-60s series by wining in Glasgow, had his first League outing of the season and was beaten only once.  A steady start then saw Hawks pull away when Morgan assisted Aiesha Musa to a 7-3 win and then substitute Dave Martin came in for two 7-3 wins to set the Hawks on course for their 87-73 win.

Disaster befell Gt Blakenham for the Youth League fixture as late call-offs reduced their team to just three riders.  In the end they borrowed some riders from Hethersett to make sure a competitive match ensued and indeed Blakenham won it 66-64.  Of course the official score will look much different once guest rider scores were adjusted giving Hethersett a comfortable win. Lica El Labany was unbeaten by a home rider and Aiesha Musa dropped just two points.

The afternoon ended with four parents and one grand parent having fun on the track!

Hethersett riders will be in action at Eaton Park on Wednesday evening in the first Norfolk Grand Prix for Under-16s, Females (12+) and Seniors. Racing starts at 7 p.m. 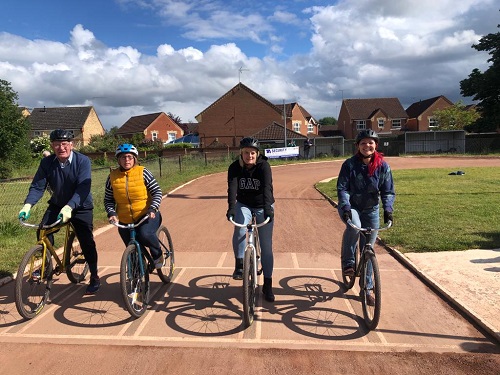 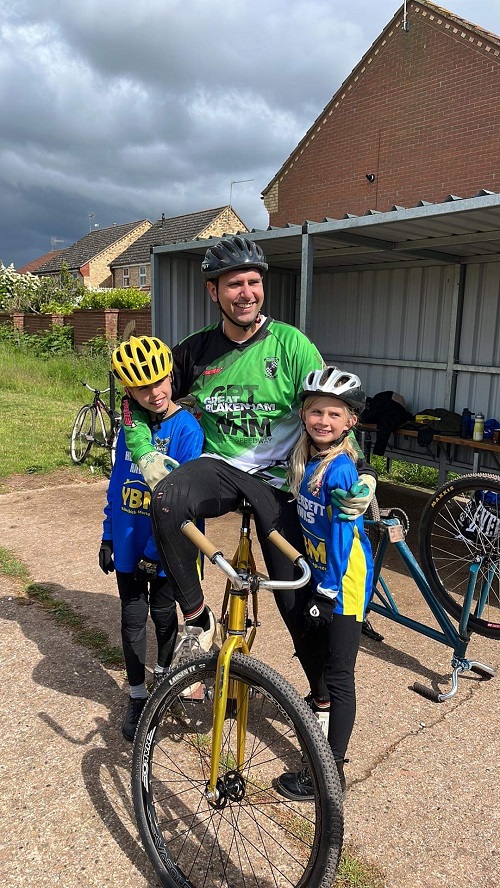 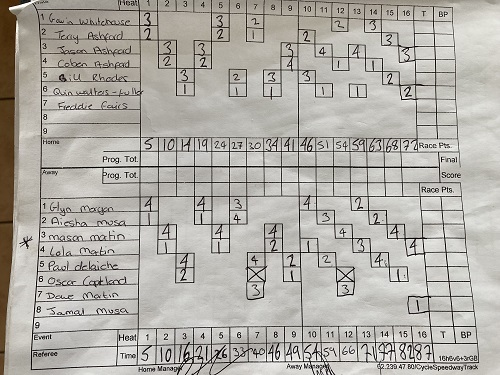 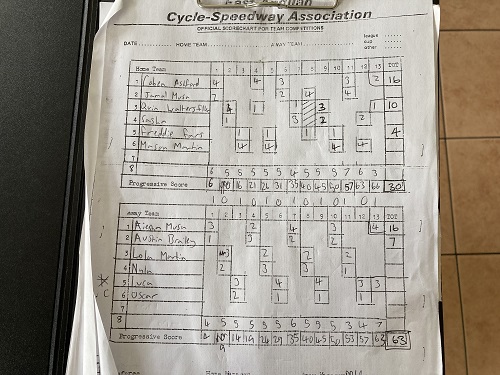 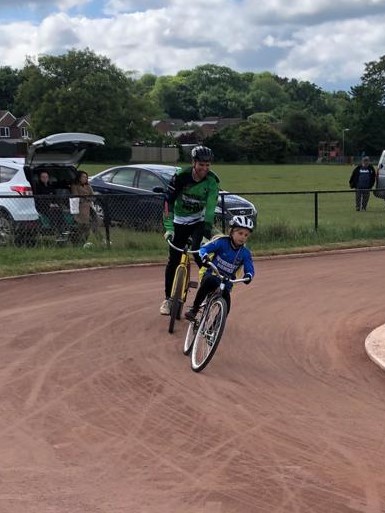 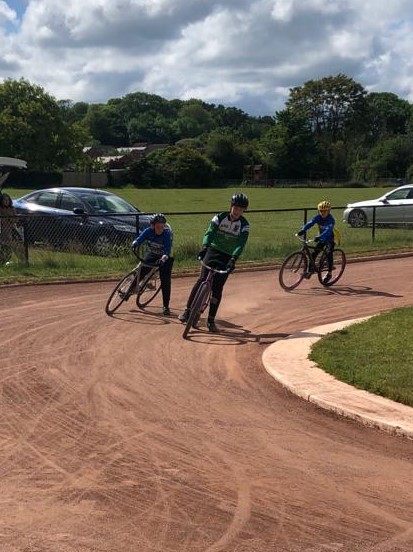 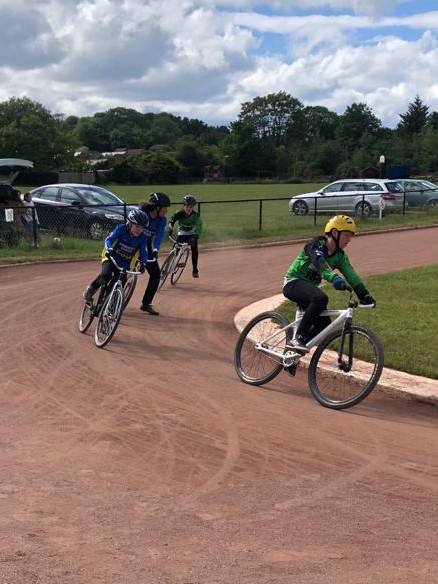 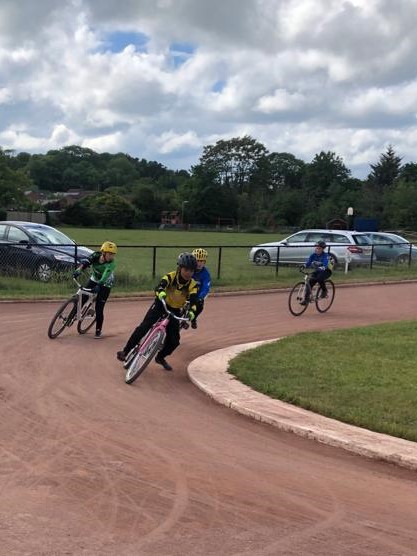