It is with great sadness that we learned of the passing of Brian Denmark who will be remembered fondly by so many people in Hethersett and throughout the cycle speedway community.

Brian was one of the pioneers of cycle speedway in the 1940’s/50’s and a big supporter of the Hawks in our early days. His son Mike was a leading rider for us in the late 1970’s/early 80’s.

In the 1940’s Brian and his friends were massive fans of Norwich Stars, Firs Rd – one of the best motorcycle speedway teams in the UK. They formed the Hethersett Hornets Cycle Speedway Club and marked out a track in the gravel pits to ride on, traces of which can still be seen today! They built their own bikes, often from scrap or women’s bikes.

In the late forties and early fifties cycle speedway was a very popular sport in Norwich and surrounding areas, with over 40 tracks in the area! Sunday afternoon Hethersett Hornet matches attracted crowds of over 100 to watch the Hornets take on the likes of Hellesdon and Norwich!

By 1952 Brian and a couple of other club members had been called up for National Service. Brian went to Korea and Japan, others to Malaysia and the Hornets disbanded. Eventually Brian returned from the army and joined a club at nearby Wicklewood.

It was in 1966 that a bright, shiny new Hethersett club was formed by a young Mel Perkins MBE and our track at the Memorial Playing Fields and still going strong today. Brian was an inspiration and heavily involved in Mel’s new venture. He is much appreciated for his services to cycle speedway in Hethersett and beyond.

(The black and white photo’s were taken in 1996 during the Hethersett Hawks 30th anniversary and the colour photo in 2001 for the Hawks 35th anniversary!) 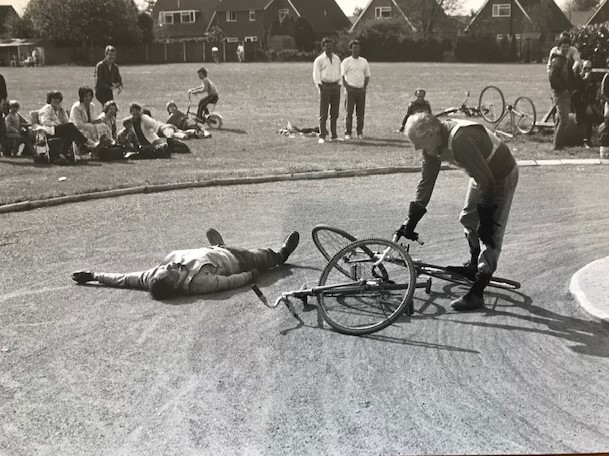 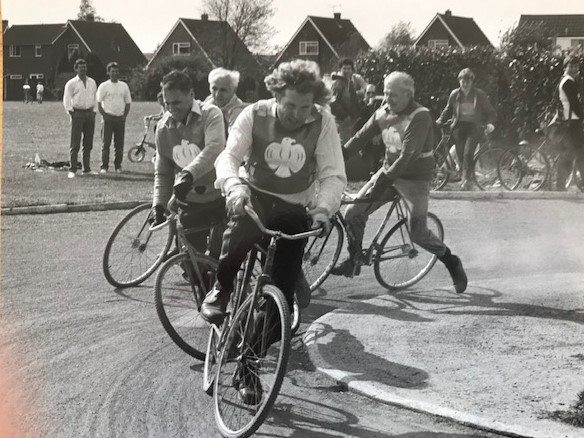 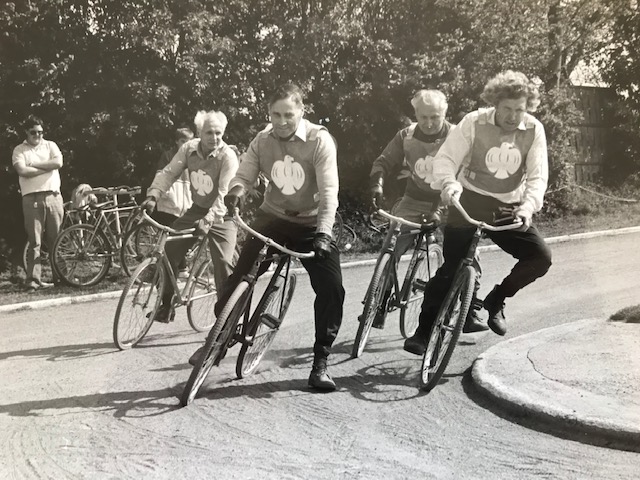 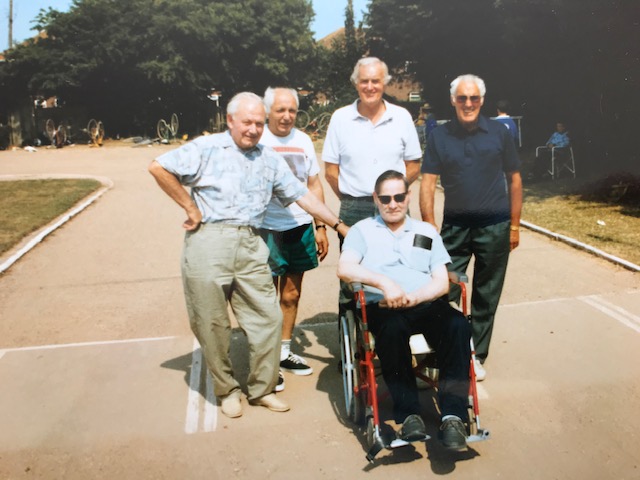