The Norfolk individual Championships are always one of the highlights of the local calendar and the event attracted much interest from riders, former riders, parents, families and the many curious passers-by on a Sunday afternoon at the busy Eaton Park in Norwich.  The racing did not disappoint either and in the end the eight titles on offer were shared equally between members of Norwich Stars and Hethersett Hawks.

Oscar Copeland was outstanding to be unbeaten in the Under-8s with brothers Arlo and Remy Davies picking up the minor awards, just reward for two of the keenest new recruits this season at Hethersett.  The Under-16s was more competitive with home favourite Shaun Kell battling with Mason Martin for supremacy and McKenzie Loombe in the mix but suffering a couple of falls which let Connor Jarrett in for a medal, his first of three in the afternoon.  Mason got the better of Shaun in two of their three clashes and that was enough for the title.

Connor was never likely to be beaten in the Under-10s and so it proved but the competition for minor places was quite hot and home track knowledge helped to secure a 1-2-3 for the Stars with Zachary Eastwood and Frank Spauls being too strong for the best Hethersett challenger Luca El Labany who had a couple of sluggish starts.  The Under-19s was reduced at the last minute to three riders and Mason Martin completed a double ahead of his brother Daniel and Tom Blackmore.

The Under-13s was eagerly awaited and Shaun Kell made up for early disappointment to crucially defeat Connor Jarrett on the line in heat 5 and they were joined on the podium by Will Blackmore who pipped Aiesha Musa by one point.  At the same time the Blue Riband event – the Norfolk Senior dating back to 1950 – attracted eight riders and it was former champion and the Peter Pan of Norfolk cycle-speedway Paddy Wenn who showed all his skills to win his four rides. Ben Loombe had won three of his races but a third pace in heat 5 meant 14 points put him level with the impressive Mason Martin and into a race-off for second place.  Unfortunately Ben suffered the worst possible fate by getting excluded for movement while under starters’ orders.

As the weather got colder and daylight drew to a close the Ladies and Veterans ensured the entertainment kept coming. Paddy was expected to have a stroll to retaining the  Veterans title but he really had to work hard against Dave Martin and Rory Freeman.  Former Ladies champion Katie Adams tried to hold off the exuberance of youth but the standard of girls racing is improving in Norfolk and it was Aiesha Musa who took maximum points with Tabi Neirop too fast for the rest.  One additional race was needed as three girls fought for the third place on the podium and it was a popular win for Amelia Dodson, especially as she had to miss the Hethersett Club Championships due to COVID-19. 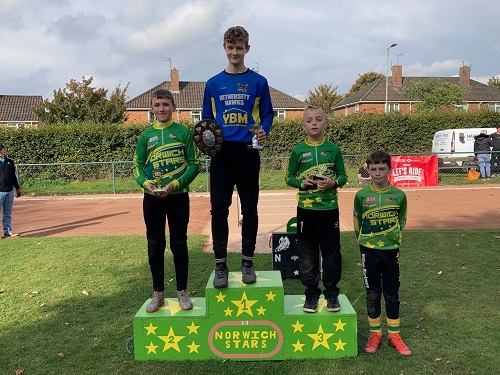 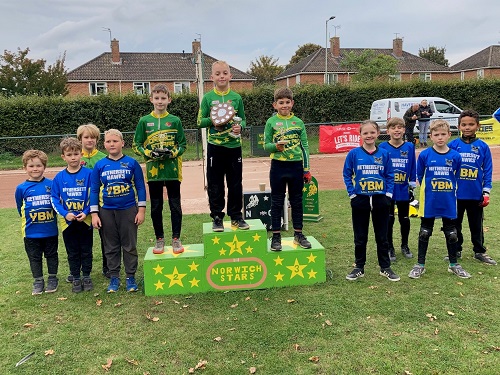 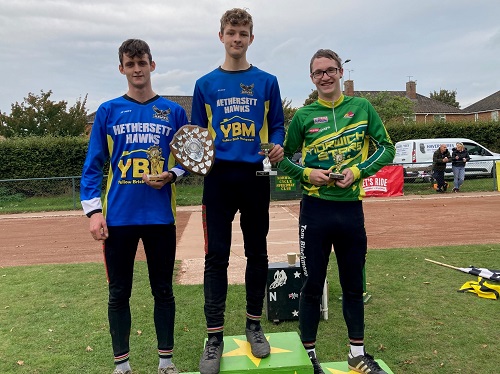 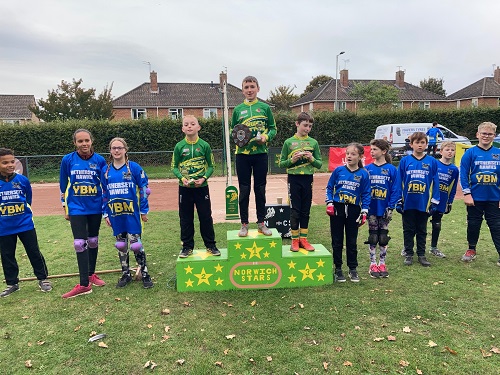 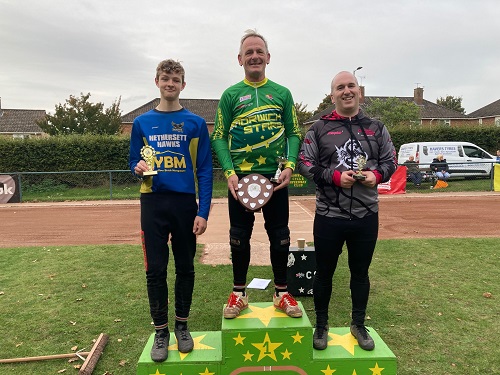 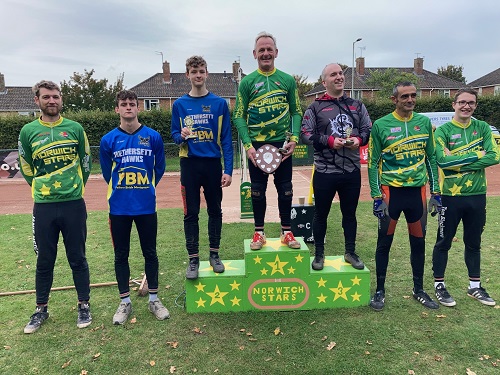 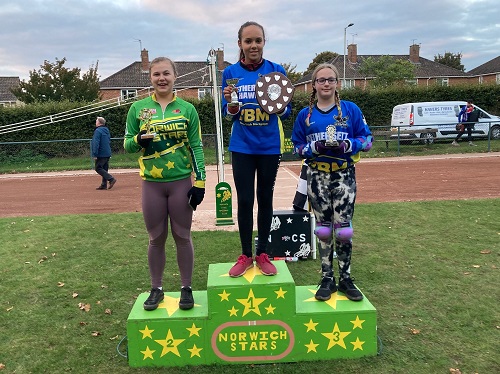 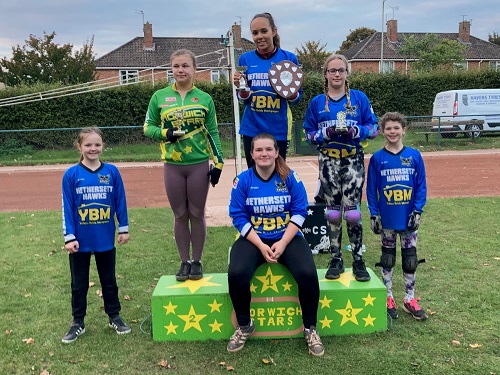 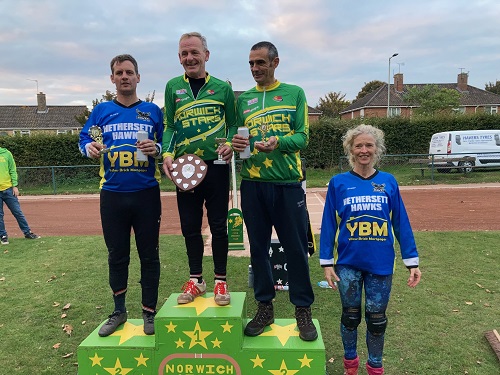 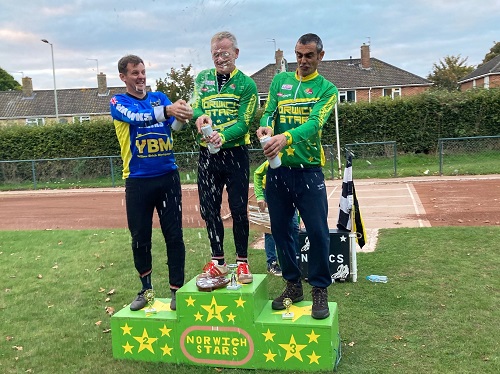