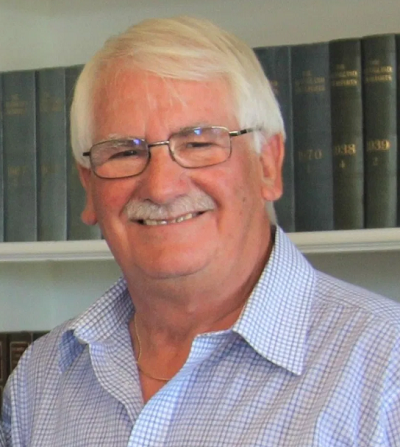 It was with great shock and deep sadness that I heard of the death of Rod. Without doubt cycle-speedway would look much different now if it was not for the enterprise of a man who took the sport to a new level with his promotional expertise and his flair for quality publicity.

My association with Rod went back to our school days in forms 4S and 5S at the City of Norwich School.  Rod was good at English and I was good at Maths so we were ideal buddies for morning homework cribbing before the first bell rang.  Rod was a decent footballer at school but we soon got to discuss cycle-speedway.

My friends and I had seen some big matches in Norwich after they were advertised at Norwich Speedway and had been imitating both in various fields and woods in Hethersett as well as the station car park. Meanwhile Rod was doing the real thing helping to organise Mousehold Aces at a track in St.James’s Hollow. When Rod suggested in late Summer 1964 that I take a few lads there to give it a try we did not have second thoughts.  A couple of weeks later two of us were in their team at Eaton Park, in 1965 I was signed by Eaton and a year later formed the Hethersett Club.

It was fitting that the first match at Hethersett was against that same team, then re-named Norwich Icenians, with Rod scoring a maximum. After they disbanded Rod joined the famous Galley Pirates when they moved from their Galley Hills track to the Council-built circuit at Sloughbottom Park, a move that defined Rod’s racing career. In that year, 1967, Rod caused a sensation when, as a teenager, he won the coveted Norfolk Senior title.

Having started a long successful career in local government, Rod’s administrative skills were soon snapped up by the sport and he and I were persuaded to join the Norwich Control Board and attended many meetings together in a room over the Festival House pub.  As the racing moved firstly to Norfolk-wide competitions and then East Anglia in 1969 Rod became more involved at Galley as they dominated local racing in the early 1970’s.

It was then that his flair for publicity and promotion was spawned.  Picking up on the quirky initiatives of the mercurial Mike Parkins, he masterminded the first British Finals weekend in 1974 culminating in that infamous Final with the packed crowd surrounding the picturesque Sloughbottom track, enthralled by a four-rider race-off for the title.  That also set off an amazing sequence – ever since that day in 1974 Rod never missed a British Senior Individual Final – and it was good to catch up with him at his 46th consecutive Final at Great Blakenham last summer.

The sport was still divided in those days with two governing bodies, two sets of rules and two scoring systems.  It took a lot of debate to bring this all together under the Cycle Speedway Council but when it did get off the ground Rod was soon engaged for his flair and skills.  It was around this time that Rod had seen sponsorship as a valuable avenue to develop the sport when he led Galley to be one of the first to take on board Wilkinson Transport and be known as Galley / Wilkinson instead of Pirates. Many Clubs followed this model as they developed.

As the sport developed and became more “professional” Rod achieved amazing results by attracting major sponsors like the Daily Mirror, Corona Soft Drinks, TSB Bank and Norwich Union to support British Championships.  In addition, he helped put the sport in touch with the wider cycling community with a stand at the International Cycling Exhibition in Harrogate.  He reported that stand No.90 was one of the busiest at the show with curious visitors fascinated by the display of equipment, race clothing and, particularly, the stunning British Team Championship trophy.  Connections made there were to prove important, as manufacturers got wise to an extension of their market.

It was not only sponsorship and face-to-face promotion that Rod excelled at.  By far his more lasting legacy will be in publications.  In the pre-internet days, apart from official circulars, people found out about what was going on in their sport through a myriad of local magazines that published results and match reports, some with ambitious national circulation.

In summer of 1977 Rod took the initiative to launch an “official journal of the Cycle Speedway Council” – Spokesman.  Funded by a mixture of Council backing and advertising revenue, the initial broadsheet publication moved to a full magazine format and was circulated three to four times a year.  Amazingly it continued for 30 years, the final edition No.106 being published in the summer of 2007.

It is worth quoting the first editorial by Rod under the heading “Now For the Future” – “Cycle-Speedway – the most exciting form of cycle racing in the country – is rapidly gaining in popularity as a spectator sport and on a commercial basis too” That was a quote from a national newspaper and the editorial used this to set out why there was a need for the journal to promote what was good in the sport.  It certainly did that and was a valuable tool when talking to potential sponsors or local newspapers.

It is fair to say that Rod’s racing career probably suffered as he concentrated on the administration roles – Galley eventually folded when the Sloughbottom track could not move with the times due to the lack of on-site facilities. Rod briefly raced for Brandon Scorpions in Suffolk but his promotional work opened up a special racing opportunity.

He was instrumental in the early 1980s in working with the late Mick Harley to set up the first tour of Australia in 1981.  Along with his friend and fellow visionary Graham Sutton they put a detailed plan together and, importantly, secured some Sports Council funding and, amazingly, sponsorship from British Airways.  This set the scene for what we see in international racing today and it was fitting that Rod went as a rider as the Cycle Speedway Council selected not necessarily the most accomplished riders but those of a good standard that would also act as ambassadors.

It is true to say that, for some traditionalists, Rod’s pushing of the sport in a more “professional” direction was going too fast but his determination eventually overcame the doubters and it is so good that he did persevere as the sport is so much stronger now for that change in direction.

In the latter years of the Cycle Speedway Council, Rod took over from me the Central Office role and ran the whole of the sport’s administration form a room at his house with two part-time employees.  As with everything Rod did it was ultra-efficient and provided a remarkable service.

Spokesman was not the pinnacle of his publication legacy.  In 1996 he produced a fantastic book “50 years of Cycle Speedway 1946-1996”.  A brilliant publication it sold out its first edition and, sadly, it has not been possible to get re-prints.  Consequently, those of us lucky enough to have one cherish it and often refer to it.

After Spokesman’s publication as a magazine ceased Rod took advantage of the technical age to move the magazine online.  With the sport moving under the auspices of British Cycling it was a difficult transition.  This made Spokesman-online an independent voice and Rod was not shy in putting out topics for discussion. Needless to say, like today’s social media, there were plenty people out there ready to voice an opinion.

This obviously did not sit well with the authorities and, after many acrimonious discussions, Rod decided he could not continue.  33.18 took on the online promotion but without the letters and comments thread, leaving that to social media.

From then Rod became less visible at cycle-speedway except for those British Final appearances and a few local events, notably the Hethersett Charity Cup for which he was the first winner in 1969.  He still kept in touch with what was happening but took up golf, until his knees gave him too much pain, and fishing, where he became Secretary of a local lake facility.

Every time you go to a match and see sponsored shirts, advertising banners or smart programmes or attend British Finals weekends and international matches just reflect on the person whose initiative and drive took the sport in that direction.  Without question the sport would be long gone by now if it was not for Rod Witham.

R.I.P. Rod – our thoughts are with Karen, the wider family and the close friends he had in cycle-speedway at this time.