The loss of a legend on and off the track 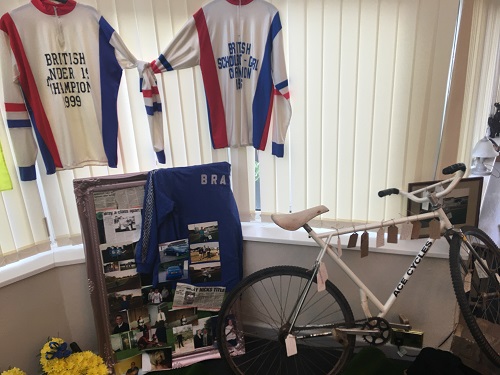 It is with great shock and sadness that cycle-speedway heard the tragic news that Nick Bray was killed in a motorcycle accident at the young age of 40. His funeral was held on Friday where club officials, current and ex-riders were present to pay their respects. The photo shows the celebration corner at the wake with tributes being tied to Nick’s speedway bike.

Despite his individual brilliance, Nick was very much a team player always having fun, all with the support of his loving parents Mike and Wendy.  His achievements were also remarkable given that he was acutely diabetic.

Hethersett will miss his annual hints at another comeback and our thoughts are with his family and friends at this time.