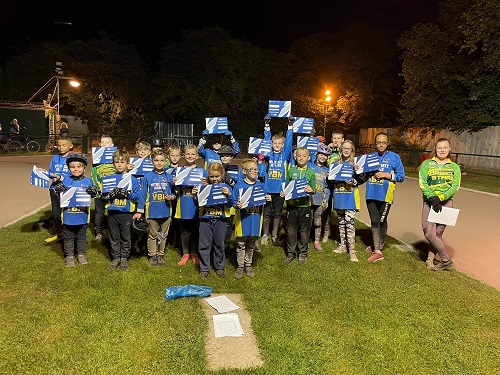 The sixth weekly Norfolk HSBC GO-RIDE and Senior Grand Prix round attracted 32 riders to Hethersett on a warm, dry and extremely dusty evening which led to some excellent racing with a lot of close finishes, especially among the younger and least experienced riders.

One Series Champion was decided with two rounds to go as riders only count their best six rounds out of eight – Connor Jarrett duly won his 6th Under-13 round in a row so cannot be beaten but his main rivals will still be out to break his 100% record in the last two rounds.  Max Pugh looks set to win the Under-8s as he left his opponents behind in the dust from gate 4 to win his 5th round having missed one earlier.  The Under-10s was thrown wide open as series leader Zachary Eastwood could only make the B Final and Luca El Labany took full advantage.  Lots to ride for in rounds 7 & 8 here as there is in the Senior series.  Jamie Melder led the category coming into round 6 without having won a round but he put that right to become the sixth winner by a superb pass on Ben Loombe who had won all his qualifying races.  Another winner from grid 4 was Mason Martin in the Under-16s who was forceful to emerge from the first bend in the lead.

Round 7 returns to Harford Park next Wednesday at 6.45.