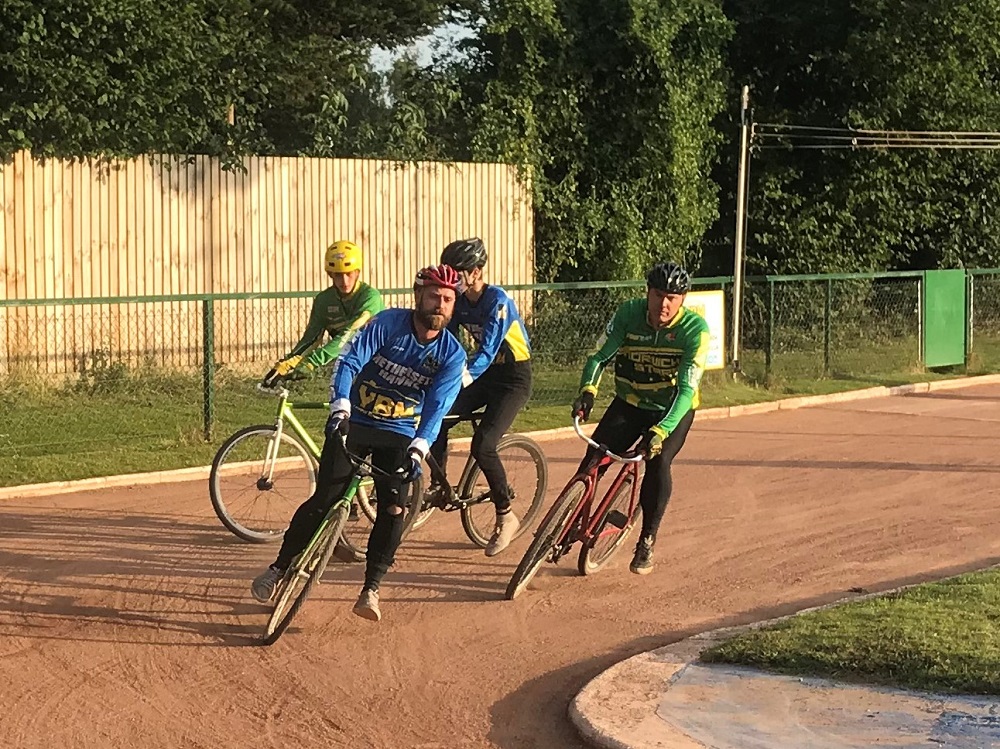 HETHERSETT HAWKS / YELLOW BRICK MORTGAGES faced local rivals Norwich Stars for the third time this season in Division 1 and, whereas the previous two matches were close, this match was far from it.  It was unfortunate for the Stars that they were without key riders, two already packed to leave for Poland  the next day and another called into work. It was also unfortunate for them that they faced a strong looking Hawks side with two former No.1s – Dave Martin and Nick Myhill.  The latter had his first team outing for five years and was still showing the form which won him a British Junior title 15 years ago.  He was unbeaten as were Leigh Cossey, Harley Hamill, Glyn Morgan and the outstanding Charlie Lyth. The final encounter of the League season will  be at Eaton Park on 14th August and will surely be much closer.

The three Hethersett riders out in Poland for the World Championships finally got in the action on day 3 as they lined up in Ireland shirts for the World Senior Pairs.  Craig Norton and Leigh Cossey shared a 5-5 with Australia in their opener but, with opposing nations fielding an array of National, European and World Champions, it was always going to be tough and a couple of exclusions did not help.  In the end they finished last but only four points behind England.

This coming Sunday’s B team challenge match against East London has been cancelled as the Londoners could not raise a side.