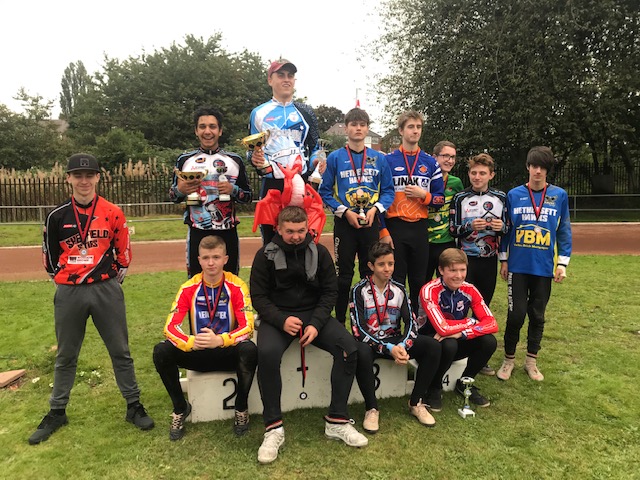 HETHERSETT HAWKS / YELLOW BRICK MORTGAGES had three riders at the final National Round of the British Youth & Junior League / Grand Prix in Birmingham.  In the Under-12s George Larter-Dixon acquitted himself well at this level and reached the “B” Final.  He can be pleased with his eighth place on the day.

The two riders in the Junior category found difficulty in adapting to the track and Paul Delaiche had a couple of falls when well placed. He improved sufficiently to finish second in the “C” Final.  Charlie Lyth made it to the “B” Final and his third place there was sufficient to retain his third place overall in the series, a major achievement given that he has two more years left at this age category.

The deluge on Sunday led to an early cancellation of the Breckland Autos Charity Cup – this has now been rearranged for this coming Sunday at 2 p.m. On Saturday a lot of club members will be at Eaton Park from 12 noon for the final round of the South-East & Eastern Grand Prix series.