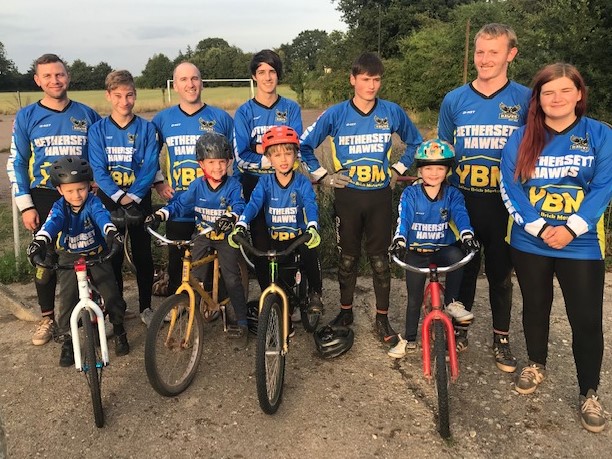 HETHERSETT HAWKS / YELLOW BRICK MORTGAGES had three riders racing at Hull in Round 3 of the British Youth & Junior Grand Prix.  Charlie Lyth continued his promising form to finish second in the Junior Final.  Paul Delaiche won a race on his way to the B Final but was unlucky to go down approaching the first bend in that final so finished fourth.  George Larter-Dixon was in a tough Under-12 competition but did well to finish second in the C Final.

All three will be among Hawks competing in the British Championships in East Anglia this weekend.  Youngsters will be in action at Eaton Park on Saturday while the older riders will be racing in Suffolk over Sunday and Monday.

The final round of the Norfolk Go-Ride Series was held at Spixworth on Wednesday.