A good week for the Hawks! 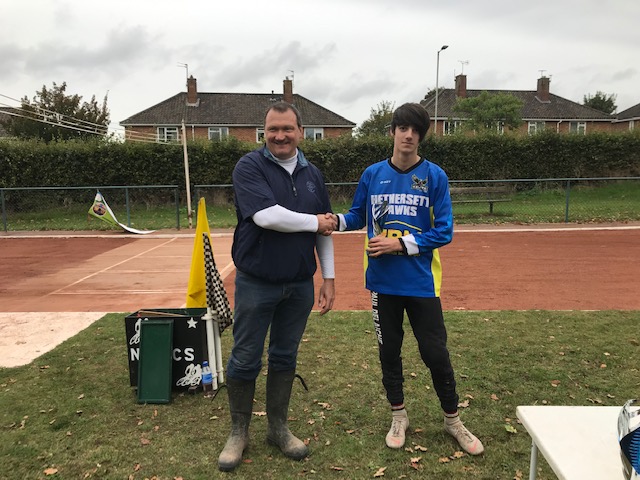 Hethersett Hawks / Yellow Brick Mortgages had to endure wet conditions to round off their 2019 season but it ended on a high with Paul Delaiche winning the final round of the South East & Eastern n under-18 Grand Prix and this was enough to secure the overall first place. There was also a very good competitive debut for Will Clarke in the under-10s.

The following day it took time to get a track fit for racing and thanks to Paddy Wenn stepping up to referee to allow the Breckland Autos Charity Cup to go ahead after the previous week’s washout. The 50th anniversary of the Cup was retained by Ashley Hill with Fraser Harris and James Porter making it a clean sweep for Ipswich. Norwich’s Tom Blackmore was a worthy winner of the Colin  Chamberlain memorial award as most entertaining rider.

Three club champions were crowned in the week –  Dave Martin added to his many Senior titles while his daughter Lola won the Ladies / Girls title. A good week for Paul Delaiche started with the under-16 title.